At the opening of the 20th century Chipstead would still be recognised as an isolated rural farming area, dotted with a few new houses and large 19th century mansions. The 40 year period between the opening of Chipstead railway station in 1899 and the beginning of World War II in 1939 fundamentally transformed Chipstead into the residential area we see today.

The Jolliffe and Walpole families who owned the majority of the land sold for development stipulated that construction costs should not be less than £500, or roughly 2 years’ salary for the class of resident desired. This resulted in the development of houses of a substantial character with relatively large gardens for the standards of the time. Chipstead’s population rose from 688 in 1891 to over 2000 by 1939.

The 1920’s and 1930’s saw an unprecedented residential building boom in outer London. Costain, the property developers, bought land along the Chipstead valley from the viaduct at the bottom of How Lane all the way to Kingswood for a large ribbon development of high density housing.

By the 1930’s various public figures began to warn the nation of the threat posed by unfettered building development, and the idea was being propagated that a Green Belt should be established around each urban area in which no new building ought to be permitted except for purposes of agriculture. In 1933 the London County Council initiated the Green Belt Scheme and in 1938 the Green Belt Act became law. The LCC was actively supported by the Surrey and other County Councils who subscribed large sums of public money for the purchase of suitable properties to create Green Belt land. This policy was of great benefit to Chipstead when the SCC bought the Shabden estate for this purpose. 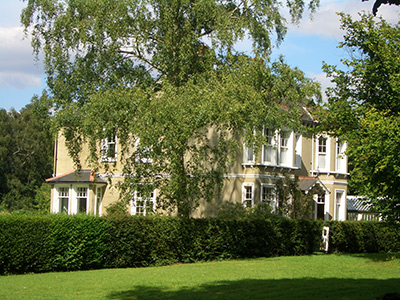 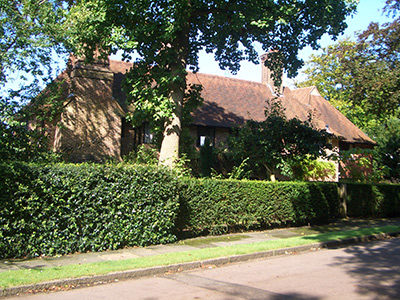 By the beginning of World War I all the Chipstead mansions had been built. A small group of houses had grown up on Starrock Green and a group of four at the junction of High Road with Coulsdon Lane. Walpole Avenue had been laid out, but not many plots had been built on. Portnalls Road was laid out, and the former footpaths at Hollymeoak and Rickman Hill were converted into roads.

In 1910 Hollymead Road was laid out with holly hedges on either side to mark the parish boundary. The lower shops in Station Approach had been built and Lackford Road was only partly built. Court Hill was completed although Chipstead Way was only projected. By 1933 most of the houses in Hollymead Road, Coulsdon Lane and Starrock Lane had been built and by this time Chipstead really did feel like a genuine village community with a vigorous social life. This period also saw the establishment of most of the clubs and societies that we know today. 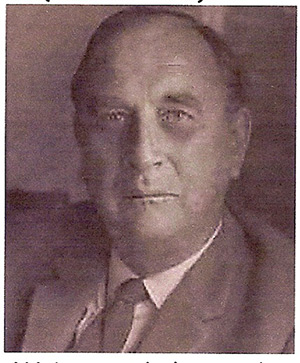 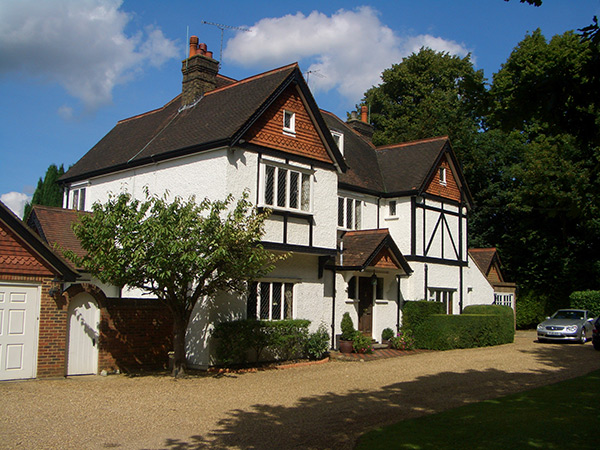 Rupert Croft-Cooke was a well known writer and novelist who lived part of his childhood at Wayside, a house built by his father on High Road. He wrote on an incredible range of subjects but is probably best known for his detective novels under the pseudonym Leo Bruce.

In his book, The Gardens of Camelot, he paints a very clear picture of the class distinction which was not just prevalent, but totally accepted in Chipstead and other similar village societies in the decade before World War I.

‘The ladies we met on our walks wore lace collars with whalebone in them, and large hats. The houses of Chipstead were inhabited almost entirely by gentlemen who in high collars and silk or bowler hats, made their way to the station in the morning and went to the City to return at five, six or seven o’clock according to their status, like plump rooks homing.’

Croft-Cooke describes regular tennis parties around his family’s tennis court where gin and bitters and sherry were served before a lunch of salmon. Tea on the lawn included strawberries and cream and visitors mostly came from Chipstead and the immediate area.

Croft-Cooke demonstrated how poor the village people were: ‘Few families could afford more than candlelight in the evening and water had to be fetched from the village pump’.

At church the distinction between the wealthy and the poor was particularly marked. ‘There were the strictest distinctions and the lower orders were expected to sit discreetly far down the aisle, and not embarrass their employers by recognition. The lower orders would disappear in the open as tactfully as they remained in the back pews in the church. All was decorum. Everyone knew his place and none would have considered taking advantage of the fact that we had been worshipping The Most Humble to show any vulgar familiarity with his superiors.’

‘Whatever happens to the world during the rest of my life, my recollection of those six years (in Chipstead) before the Great War means this to me: that I have lived, seen and in retrospect become fully aware of another age, another manner of life, which will not exist or be imitated again. The real division, the clean cut came with the First World War.’

At the outbreak of war, many Chipstead residents evacuated to potentially safer areas away from the London bombing, leaving a large number of empty houses in the village. In some cases, this proved to be a wise precaution as Chipstead suffered considerable bomb damage throughout the war.

In 1939 most of the valuable stained glass was removed from St Margaret’s Church. This proved a wise precaution since the church was subsequently damaged three times by bombs exploding nearby. On 12 September 1940 a parachute mine exploded 250 yards away causing great damage to the roof tiles and windows. On 23 February 1944 the church was so badly damaged by blast bombs that services were held in the Red Cross Hut for five Sundays following. Further damage was suffered on the 7 July 1944 when a V1 flying bomb demolished Nos. 2 and 4 Church Lane, inflicting two deaths and two injuries.

Altogether, as recorded on a stone on Church Green, there fell upon Chipstead in World War II two parachute mines, some 450 high explosive bombs, 12 V1 flying bombs and one V2 rocket, besides innumerable incendiaries.

In 1940 a large detachment of the Canadian Army was posted to Chipstead and the surrounding areas to assist in the creation of a defensive ring around London. Most of the large mansions and every empty house were requisitioned with soldiers camped in every wood for miles around. Mobile anti-aircraft guns were positioned in Banstead Wood, the Long Plantation and along Elmore Road. Deep anti-tank ditches were dug and concrete blocks with pill-boxes were laid out along the line of the railway. The Canadian soldiers remained in Chipstead until posted to Normandy for the D day landings in 1944.

Approximately 208 Chipstead men served in HM Forces during World War II, of whom five became prisoners of the Germans and two were captured by the Japanese; one of the latter died in captivity. Thirty-six women joined the Forces. The names of the dead are inscribed on the War Memorial on Church Green.

In 1906 the Peter Aubertin Hall was built on land given by Lord Hylton. The cost was donated by Miss Charlotte Aubertin, daughter and sister of the two rectors of that name, as a memorial to their lives and services to the parish.

Over the years the hall has served many purposes – as a Sunday school, a theatre for the Chipstead Players, a polling station during elections, and a sports hall. It is currently used for hosting the CRA and CVPS annual general meetings, afternoon and evening meetings of the various clubs and societies, and fund raising lunches.

Perhaps the most spectacular achievement of the Chipstead community in World War II was the factory organized in the Peter Aubertin Hall. On the 19th June 1940 Mrs Neame of Sopers Cottage and Mrs Brooks of Merstham (a member of staff at the Royal School of Needlework) began training Chipstead women in the art of covering aircraft wings, ailerons and rudders with fabric, and in the production of lifejackets. To the end of 1944, the Chipstead Aero Supply Co had completed over 100 airframe unit components and 12,449 lifejackets.

A complete overhaul of the building was carried out in 1995, which included a new porch and reception area, a modernised kitchen and a new stage, with funds provided by the CVPS and many well-wishers.