There has been a settlement at Chipstead for over 1000 years. Chipstead is first recorded in the 7th and 8th centuries when 500 acres belonging to Pirbright Manor were given to Chertsey Abbey. This area was administered from the Abbey’s Manor of Coulsdon. 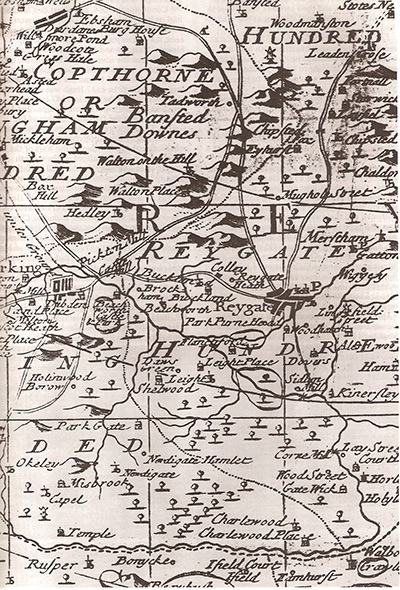 Map showing the Reygate (Reigate) Hundred and adjacent Hundreds, circa 1720

In 1086 the Domesday Survey records that Chipstead consisted of two manors within the Hundred of Churchfelle. A Hundred was a sub-division of a County dating from before the Norman Conquest and supposed to contain a hundred families. The name Churchfelle was the old name for Reigate. The Churchfelle Hundred comprised of Chipstead, Merstham, Gatton, Buckland, Reigate, Nutfield and Worth and included parts of Newdigate, Charlwood, Horley and Kingswood. The population of the two manors comprised 21 households of about 100 souls.

A number of surviving properties and estates in Chipstead have a very long history. Pirbright Manor on Hogscross Lane dates from 1242, and was the site of the ancient manor house of Peter de Perefrith. Eyhurst, a name derived from the Saxon Iw Hurst, may be an estate mentioned in the Domesday Survey as Orde. The principal mansion in the parish from the 18th century onward was Shabden Park, with its estate of approximately 500 acres.

Chipstead continued as an isolated rural parish over the early centuries, principally involved in sheep farming, since the poor quality downland soil was never really suited to arable farming. The ordinary people of the village would be employed as farm labourers or as domestic servants to the landowners.

Lords of the Manor 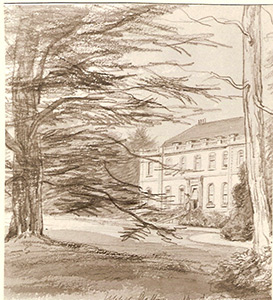 In the early centuries, England was divided into manors belonging to noblemen who often took the title of Lord of the Manor. A manor was a district over which the court of the Lord of the Manor had authority, and the manorial courts exercised the administration of the manor from the manor house.

There seems never to have been a resident Lord of the Manor in Chipstead until the 17th and 18th centuries. The first mention of a court of the Manor of Chipstead being held was in 1234 by Roger de Clare, brother of the 1st Earl of Gloucester. The de Clare family held the manor for eight generations, until the 16th century. Gilbert, the famous ‘Red Earl’, played off the Barons against the King and was regarded as a traitor. The 4th Earl was killed at Bannockburn in 1314.

There followed a series of non-resident Lords of the Manor, until it passed to the Owfields of Gatton in the 17th century and then to the Tattersalls of Upper Gatton Park in the 18th century, when Upper Gatton, located just outside the parish boundary, was used as the manor house for Chipstead. The manor house was demolished in 1948, but an annexe survives as a private residence. 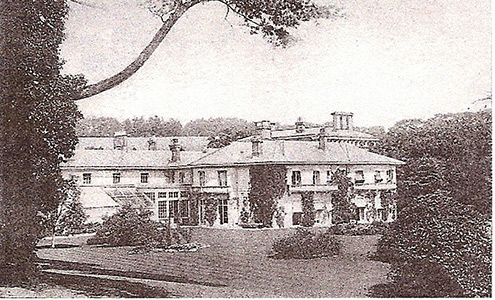 When John Tattersall died in the 1790s, John Fanshawe of the Shabden estate attempted to purchase the Manor, which would have resulted in Chipstead having its first fully resident Lord of the Manor of Chipstead with the manorial courts held at Shabden. He was, however, outbid by William Jolliffe of Merstham House, and subsequent members of the Jolliffe family, under the title of Lord Hylton, continued as Lords of the Manor for Chipstead until the 1960s. The only peer to have used the village name as part of his title was Sir Horace Brooks Marshall of Shabden, who took the title Baron Marshall of Chipstead in 1922. 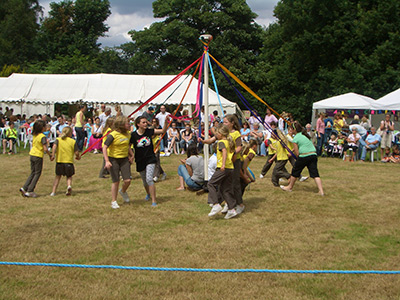 Chipstead has an annual Village Fair, first recorded in Edward VI’s reign in 1549 and held on St.Margaret’s day. It may originally have been a large cattle fair held on Church Green, and was subsequently moved to Fair Green near Shabden as a sheep fair.

In the early centuries annual village fairs were of considerable importance and attracted large numbers of people. Cattle and sheep farmers would travel long distances in search of suitable livestock and the ordinary people would find goods and services unavailable elsewhere.

There appears to be only one significant interruption, of about 50 years, in the annual cycle of Chipstead’s Fair. In 1854 the new owner of the Shabden estate, John Cattley, decided that the Fair was a nuisance and persuaded the Lord of the Manor, William Jolliffe, to have it suppressed. The steward was instructed accordingly and asked Reigate police to turn everyone off the Green as they arrived.

The Fair was revived by Lord Marshall of Shabden in 1909, and the event alternated between Shabden and Elmore. Upon Lord Marshall’s death in 1936 Mr Stoddart offered to hold it at Longshaw, where it continued until 1940 and again discontinued “owing to the international situation and unsettled conditions owing to the war”. It was revived again by Norman Wates in 1947 and continues to this day as the Village Fair and Flower Show on the Elmore estate.